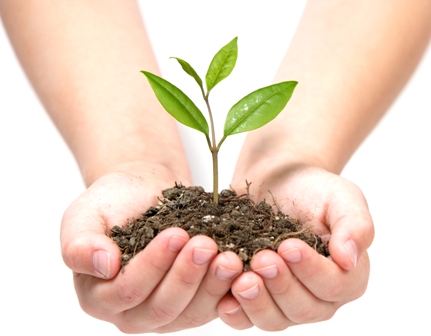 In the previous article Growing like a plant we reflected on the Hebrew word litzmoach. That is a verb that can roughly be translated “to grow like a plant.” A plant grows imperceptibly slowly. Most times when we see a sprout we do not know what is it going to be. It may grow to be an oak, an apple tree, or a simple weed. Weeds grow rather rapidly but trees, for example, grow very slowly in comparison. We learned that the Messiah, the Christ has to grow slowly, like a plant, litzmoach from the stump of the tree of David. In this world of instant food, instant communications, instant rice, instant coffee, instant destruction, we have trouble understanding the sense of litzmoach. We want Jesus to come soon, painlessly, or in the words of a New York businessman: “I want it yesterday.” The divine rhythm of things is too slow for modern times.

Just like Abraham, Jacob, Joseph, Moses, and other people mentioned in the Bible, those who are determined to follow in the steps of Christ are subject to various trials over long periods of time. That is not much different for the seed that has to rest in the same spot for a long time, waiting for the early rain that will break its husk. That protective coat has to rot before the life inside the seed can start feeding from the soil around it. In time it will grow, seeking the sunlight needed to fire the life in it. Once the plant is grown it will do great things: produce fruit, shade, more seed, provide shelter and food for birds and other animals, and later when the plants are many, change the climate by cooling the air, storing water and many, many other things. Not bad for what started as a little coffer containing some DNA!

Continuing with the comparison, for us mere humans trapped in a go-go world hurrying to get nowhere fast, when we have to “rot” during long trials going through the process of “growing like a plant” we may get discouraged. I personally can remember getting many lessons on that! That feeling of despair is mainly due to lack of faith. Now it is very natural to be short on faith while we are in the process of growing in faith. For example, Abraham was not born with a fully developed faith in God; no one does unless there is some miracle involved. Faith grows during trials, gradually leading us upward towards the light that is God. One day the rotting seed will be a strong apple tree, basking in the sun and going through the seasons, busy transforming death matter into life sustaining fruit, strong wood, refreshing shade, and shelter for singing birds. For the person living during the rotting period of the seed, it is naturally impossible to imagine that glorious future because each of us has a unique destination, and we are being trained specifically for that glorious future during our  rotten trial period. As we grow in faith and start experiencing the light of knowledge, we begin to fathom that future. We call that “hope” and it is the expectation to meet the source of all things, the Planner that designed the seed and its destiny at a time when it was not even created yet.

So, we have to go through trials, long trials. Even Abraham, the “father of those who have faith” had to wait a century for a miracle that would make him father of the promised son, Isaac. Along with him, all the patriarchs, apostles, and saints had to endure a lifetime of trials. We are not better, or smarter than them, we have also to endure the lesson. Now the question is: are we ready and equipped to go through our trials or are we going to be like the seeds that will give up and never produce a plant? Some Christians allow the trials to arrest their growth. in some cases they remain permanently impaired, going through the motions but no longer growing in the faith.

The teaching we must discover here is this: the Christ, the Messiah, who is going to reign over mankind for ever, is identified as a tzemach, an offshoot that will slowly grow through History until the moment when He will reach His royal destiny. If Christ has to go through that process, we should consider ourselves honored to receive the same treatment He received.

A plant needs soil, water, and light. Soil is not only food for the roots but also a solid anchor that keeps the plant in place. We do need to be rooted in the Church, we must understand and believe her teaching. It is essential to know where we are standing, where we come from and where we are going. Without those roots the winds of various trials will come and uproot the growing plant. Water is also comparable to the word of God, entering in our soul and occupying every space. Without that our soul is comparable to a parched land thirsty for life-giving water. Light gives the plant the energy to grow. The bigger the plant gets the more light it needs to transform water and nutrients into growth, into life. God is light, and so we must walk in the light of faith to grow strong and survive our trials in this hostile world.

To ‘grow like a plant’ means to have all that, to endure our time of growth patiently knowing that our destiny is greater and more beautiful than anything we can imagine.

We said before that impatience is often the mother of sin. A couple cannot wait to enjoy the blessings of marital life; a scholar cannot wait to be recognized and resorts to appropriating the work of others more advanced than he is; the businessman cannot wait to reach his financial goals and then neglects to pay his taxes and rightful debts. Those however are unwise shortcuts, fast solutions that end up making us weaker. How much pain and suffering could have been avoided if Adam and Eve did not take that shortcut to “be like God” tempted by envious curiosity! Because of disobedience they had to grow even more slowly and live a long existence filled with pain, worries, and tears. In their carelessness they left their children a legacy of infirmity and death. Wouldn’t have been better to grow happy and strong in the Garden of God, to be taught by angels into the ways of life instead of leading all of mankind into this long course in the school of hard knocks?
The lesson of the plant is important because it helps us understand the spiritual reality that lies under the appearance of the world we live in. Once we accept the challenges to the point that they do not upset us but face them as part of the lesson, as part of the path to our ultimate destiny; then we will see the vicissitudes of life as part of our training, part of our conversation with God. Everything in our life will be a sign pointing at something we must learn. That is a different way to say that the meaning of our life will become more and more evident to us. In fact our life will become more and more meaningful to others also.

Christ had to grow in the world, although he was the Son of God he had to show us the way. Imitating His ways is obeying Him.

[Christ] as a mortal man, He offered up prayers and appeals with loud cries and tears to the One who was able to save Him from death, and He was heard because of His devotion to God. Son though He was, He learned obedience through His sufferings and, once made perfect, He became the source of eternal salvation for all who obey Him. Hebrews 5:7-9

In following Christ we accept our own cross,  and we look forward to our own unique destiny but we also have the hope to share in His reign as He promised us:

Fear not, little flock; for it is your Father’s good pleasure to give you the kingdom. Luke 12:32

6 thoughts on “The lesson of the plant” 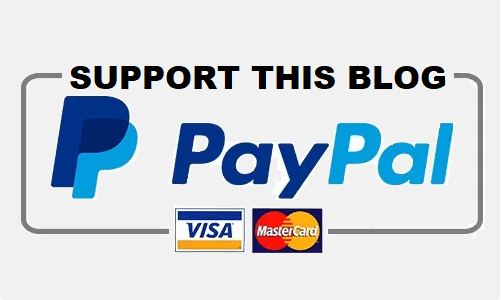