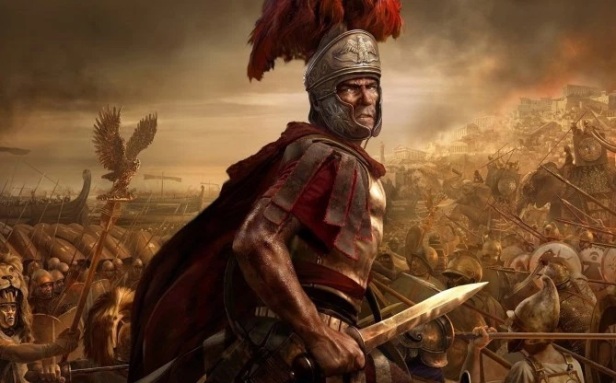 In his recent article A misplaced grief, the Vatican and David Bowie, our beloved Fr George Rutler reflects on the incomprehensible praise of the late rock star coming from several sources in the Vatican. I believe I was about seventeen years old when David Bowie appeared on the scene. At the time my attention was mainly directed to what was then called “symphonic rock” and I quickly classified Bowie with all the other “shock value rockers” trying desperately to be noticed for something more than their complete inability to produce good music. I am told that Bowie’s late musical production, particularly Blackstar, is nothing less than satanic. No surprise there. Shock-rockers since the late 1960’s have always relied on a mix of Satanism, calls for suicide, hedonism, and depraved sexuality. I recommend to read Fr. Rutler’s impeccable piece but I warn you that after reading it you will still wonder what in the world those people “at the Vatican” are smoking.

Going back to those days when Bowie began barking, I remember quickly putting him on the same shelf with Gary Glitter, Alice Cooper, and other weirdos who could not carry a tune in an eighteen-wheeler. Bowie was labeled “loony crooner in drag” and shortly dismissed. To this day I can’t recognize his voice, while I can spot Greg Lake or Adrian Belew (obscure!) in a split second.

Lately we Catholics have been treated to the uncovering of a statue of Martin Luther in the Vatican Gardens and other similarly beastly events. As even worse verbal and written abominations multiplied during the Synod on the Family last October, my capacity to be shocked has been diminished quite a bit. What can I say about members of the curia honoring David Bowie? I am not surprised, and I am definitely not amused. I wish Mr. Bowie the best and may God have mercy on his soul (and mine!) but I don’t think his passing away should have been even mentioned in public Vatican circles. Priests and nuns, moms and their children are being beheaded on world television and the Vatican mourns an old pervert with a wool ear. There is something seriously wrong here. I did not agree with a funeral Mass for Teddy Chappaquiddick, not even for Pavarotti (although at least he could sing!) but this is too much. Soon Madonna Ciccone may be proposed for canonization, and even Frank Sinatra may get a statue next to Luther’s. Borrowing Dorothy’s famous words to Toto: “we’re not in Kansas any more!”

I’m afraid we will see more signs like this. We have to contemplate “the abomination of desolation standing where it ought not.” Obviously Our Lord gave us the warning because we were going to be able to see that sign, recognizing it early enough to flee to the mountains (Appalachia, here I go!) Month after month, since the resignation of Benedict XVI, we have been witnesses of a crescendo of impious activity in the top echelons of the Church. Now the “year of liberation” has come. Its beginnings were marked by various symbolic events, barely visible for those who have faith and yet nearly invisible to the world at large. The Pope has declared this to be the Year of Mercy, and God Himself decreed from the times of Moses, that this was going to be a Jubilee Year. 5776 in the Hebrew calendar, nicknamed “the year of liberation.”

A now distant Saturday twenty centuries ago,  at the very beginning of His ministry as Jesus of Nazareth, God the Son Incarnate read aloud the following words:

“The Spirit of the Lord is upon me, because he has anointed me to proclaim good news to the poor. He has sent me to proclaim liberty to the captives and recovering of sight to the blind, to set at liberty those who are oppressed and to announce the year of the Lord’s mercy.” Then he rolled up the scroll, gave it back to the attendant, and sat down. While the eyes of everyone in the synagogue were fixed on him, He began to say to them, “Today this Scripture has been fulfilled, as you’ve heard it read aloud.”

The theme was “liberation” and “mercy” (the year of the Lord’s favor.) Later on when His ministry was almost over He announced:

“And there will be signs in sun and moon and stars, and on the earth distress of nations in perplexity because of the roaring of the sea and the waves, people fainting with fear and with foreboding of what is coming on the world. For the powers of the Heavens will be shaken. And then they will see the Son of Man coming in a cloud with power and great glory. Now when these things begin to take place, straighten up and raise your heads, because your liberation is drawing near.” 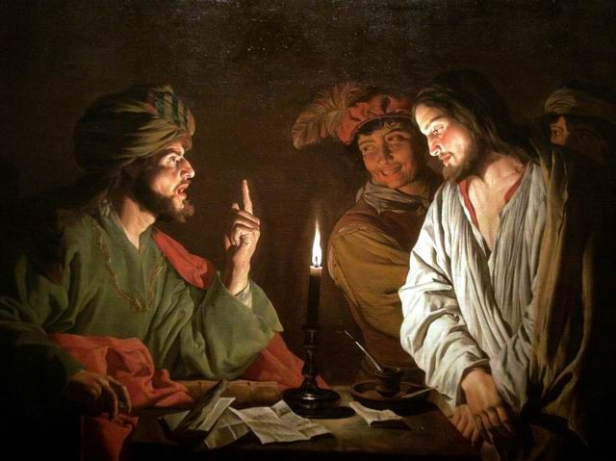 Christ comes to us “in a cloud with power and great glory” and perhaps the cloud points at the fact that we are able to sense His nearness and yet cannot point at “day and hour” when His power and glory will be manifested to all mankind. Christ uses that image again during his trial, pronouncing the Messianic prophecy before Caiaphas, thus bringing upon Himself the death sentence (Mark 14: 61-63) Jesus was tried by those responsible before God to dispense religious justice. However the trial of Jesus was a mockery of a judicial proceeding. Such corruption of the religious institutions of the day may very well be a prophetic model of the great apostasy, the great failure that will finally position the Church against Christ.

The restrainer is out of the way

And you know what is restraining him now so that he may be revealed in his time.  For the mystery of lawlessness is already at work. Only he who now restrains [katechon] it will do so until he is out of the way. 2Thessalonians 2: 6-7.

Some authors have speculated that the restraint, the katechon[1] was the very Church, St Justin believes that the Church is the divine restrainer withdrawn before the appearance of the Antichrist: “Ecclesia de medio fiet,” the Church will be pushed aside. Since we know the Church or a remnant of it has to remain, that may refer to a grave state of decadence. During that period a visible and important part of the Church will “fornicate with the rulers of the Earth.” Revelation 17:2; Matthew 24:15. St Victorinus of Pettau writes also: “the Church will be pushed aside” losing all social or moral influence, returning to the catacombs where she dwelled in her early days.

In the midst of those terrible times, the Lord expect us to sense His coming through some specific signs. Essential to these events is the great apostasy or corruption of the Church. During His Passion, Peter denied him three times before sunrise (“before the rooster crows” Matthew 26:34) and sunrise is later used again in John 21:4 as a figure of the second coming when Jesus asks Peter three times “do you love me?” (John 21:15-17) Combining both images we get some idea of what is going to happen as the time of liberation approaches (the sunrise of the age of peace, Christ in this case symbolized by the sun.) The apostate Church must deny Christ to fulfill the prophetic model set by Peter’s denial on the night of the Passion. In my view, that is the failure we are seeing now. Then perhaps at the last minute, the Pope will “confirm the brethren” even to the point of suffering martyrdom at the hands of anti-Christian forces. Throughout all of these events “we the Church militant” must watch and keep the faith, remaining in the “little flock.” Some are going to be dispensing truth to the faithful, and will earn the approval of Jesus when He arrives. Those are “discreet servants” (Matthew 24:45) humble, almost invisible, unexpected pastors during the hour of darkness, during the brief eclipse of the Church.

I have very good reasons to believe that this Lent, or perhaps the next we will see the crisis unfold. I tend to believe it is near but the Lord has concealed the details on purpose, the exact moment will come as a surprise to all of us. One thing we know: the awful conduct of so many bishops (about a third of them) is a sign, a warning. That is the way it was intended to be: Judas left the Last Supper early. Remember the Iscariot is the model of all the unfaithful bishops the Church has to suffer until the return of Christ.

The fathers of the Church, saints and prophets, pondered over these concepts over many homilies and writings. They are gone but thanks to their work we can see and understand what is unfolding before our very eyes.

Have no anxiety or fear. Simply pray, frequent the Sacraments, do not oppress or contend with anyone, seek the Lord in solitude daily, give Him thanks for the immense privilege of living through these times. Many prophets and saints would have gladly given their lives to be here the minute when the Lord arrives.

[1] The katechon (from Greek: τὸ κατέχον, “that which withholds,” or ὁ κατέχων, “the one who withholds”) is a biblical concept, the “restrainer” a divine restraint which is going to be withdrawn by God shortly before the manifestation of the Antichrist. See also El Apocalipsis según Leonardo Castellani (in Spanish) by Fr. Alfredo Sáenz, S.J. p.14.

2 thoughts on “The fog before sunrise”