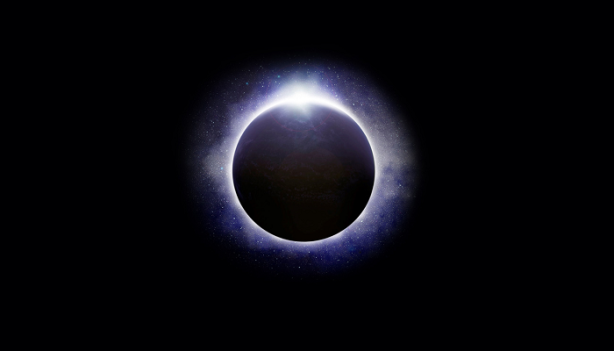 Verba movent, exempla trahunt. The word moves, example leads. From the beginning, the ancient Romans knew the difference between talking the talk and walking the walk. The essence of that Latin proverb is the imitation of God, resulting in human virtues. Our mother Eve was deceived into acquiring the wisdom of God through disobedience. In her innocence, Eve believed the lies of the serpent, she did not discern that it was impossible to be wise and disobedient at the same time. When the deception was complete she offered the fruit of disobedience to her husband. Her first action after that early deception was to revert the natural order of things: Adam, who was older and wiser, accepted to be led by Eve into disobedience.

Many times before we have considered the life of Mary as a virtuous reverse of Eve’s life. In the mystery of redemption, God is undoing all the original human errors to walk us back into the purity and perfection of Eden. Eve disobeyed God by listening to a bad angel thus allowing sin to enter the world. Mary assented to God’s will by obediently listening to a good angel and gave birth to Jesus who takes away the sin of the world. The counterpoints between Eve and Mary are many but the most touching is this: Eve coveted God’s wisdom and took the fruit of the forbidden tree. Mary did exactly the opposite at Calvary when, moved by her motherly love, desired for herself the sufferings of the Cross as her heart was pierced by the torments of her Son’s Passion.

“I desire, then, that in every place the men should pray, lifting up holy hands without anger or argument; also that the women should dress themselves modestly and decently in suitable clothing, not with their hair braided, or with gold, pearls, or expensive clothes, but with good works, as is proper for women who profess reverence for God. Let a woman learn in silence with full submission. I permit no woman to teach or to have authority over a man; she is to keep silent. For Adam was formed first, then Eve; and Adam was not deceived, but the woman was deceived and became a transgressor. Yet she will be saved through childbearing, provided they continue in faith and love and holiness, with modesty.” 1 Timothy 2:8-15.

Today’s feminists cringe when they hear Paul’s advice but Christian women understand what the Apostle is saying; God has left this most important task to women: to begin the reversal of the error of Eve in the life of their families and the Church. Though the wisdom of obedience, the women of the Church give birth to a race that will live eternally thus compensating the error of the original woman, who gave birth to a race condemned to death. The awesome responsibility of our women: to lead humanity back to Eden, one family at a time. Women are a heavenly sign, an icon of the Signum Magnum for their families and the Church. The one guiding all the human family by perfect example is Mary of Nazareth, the perfect and most exalted woman.

“She stands out among the poor and humble of the Lord, who confidently hope for and receive salvation from Him. With her the exalted Daughter of Sion, and after a long expectation of the promise, the times are fulfilled and the new Economy established, when the Son of God took a human nature from her, that He might in the mysteries of His flesh free man from sin […] “she shines forth to the whole community of the elect as a model of the virtues.” [1]

In his apostolic exhortation Signum Magnum, Pope Paul VI commented on the words of the council:

“Indeed, just as no human mother can limit her task to the generation of a new man but must extend it to the function of nourishing and educating her offspring, thus the blessed Virgin Mary, […] now continues to fulfill from heaven her maternal function as the cooperator in the birth and development of divine life in the individual souls of redeemed men.”

Mary takes care of the Church in the same way she took care of her Son. Her role was not limited only to giving birth to Jesus. In the mystery of Redemption, her Divine Son submitted his human nature to her, and his divine life was nourished and educated by her. Mary is our perfect advocate but she is also a perfect example. According to St Paul Christian women must lovingly submit to their husbands but their husbands must submit and follow the pious example of Mary. That is the way God has chosen to reverse Adam’s unnatural following of Eve into disobedience and sin. In his exhortation, Pope Paul VI reminds us of that simple truth by quoting a passage of Lumen Gentium:

“The Church, devotedly meditating on her and contemplating her in the light of the Word made man, enters more intimately into the supreme mystery of the Incarnation and becomes ever increasingly like her Spouse.”[2]

As soon as Mary knew that she was going to be the Mother of the Messiah, she consented wholeheartedly to serve and obey God exactly as she was told: “Behold the handmaid of the Lord; let is be done to me according to thy word”.

Pope Paul VI expands on that:

“From that moment, [Mary] consecrated all of herself to the service not only of the heavenly Father and of the Word Incarnate, who had become her Son, but also to all mankind, having clearly understood that Jesus, in addition to saving his people from the slavery of sin, would become the King of a messianic Kingdom, universal and eternal.”[3]

Mary is a perfect example of a life of service, of giving oneself to the happiness of doing God’s will completely devoid of envy or selfishness. The life of the humble maid of Nazareth is placed before us as the noblest example of humble submission that leads to true wisdom and glory. That is why we sing during the Feast of the Immaculate Conception: “You are the glory of Jerusalem, the joy of Israel, the honor of our people.” In that way we fulfill Mary’s exultant prophecy: “All generations will call me blessed.”[4]

Now is the world’s turn to learn from Mary

Vladimir Solovyov’s proposes the idea of the Signum Magnum bringing all Christians and many others into union with the See of Peter. Less than two decades after Solovyov’s death, Our Lady of Fatima called for the consecration of Russia to her Immaculate Heart by the Pope united with all the Bishops of the world. To this day that specific request was not fulfilled although there were some well meaning attempts. The consecration would have been a sign of the unity of the Church, and a magnificent gesture of reconciliation to all Christians in the Orient but it was not to happen. The re-union of Christendom will have to wait until men in the Church develop a strong enough spine to fight obediently for the True Faith. The Signum Magnum — that is the apparition of Our Blessed Mother to all the world — will accomplish what Christian leaders refused to do. Using the Apostolic Exhortation of May 13, 1967 by Pope Paul VI, we can make a list of what we can accomplish in our spiritual life under Mary’s guidance. What the Catholic Episcopate is unable to do, we can do in our own sphere of influence: in our hearts, our lives, our families, our neighborhoods.

To help us accomplish all that at a planetary level, Mary will appear as the Great Sign. The question remains: how will the Signum Magnum accomplish all that? The world saw that in a smaller scale when Our Lady of Guadalupe visited Tepeyac Hill the winter solstice of 1531. To understand the significance of those apparitions, try to see the whole event as an iconic representation of the Great Sign in Heaven.

An icon of peace and conversion

The image of Our Lady of Guadalupe appeared miraculously on the Tilma of San Juan Diego, a humble Chichimeca native of México. The features of that miraculous icon were depicted in such a way that they spoke to the hearts and minds of the largely pagan population of Mexico in 1531. In what is perhaps the most enduring miracle to bless the Church since Christ’s Resurrection, the tilma has been supernaturally preserved, revealing century after century additional messages for the faithful. One good example are the thirteen persons reflected in Our lady’s eyes. Those images were there since 1531 but could not be fully appreciated  until the 20th century when they were discovered using advanced optical technology. Many aspects of the message of Guadalupe could only be revealed with the use of computers. We can expect that the Signum Magnum will not be merely a single day event designed to simply amaze mankind and make men believe in God. The Signum Magnum will work like the image on St Juan Diego’s tilma, it will be a gift that keeps on giving, and instrument for worldwide union, peace, and conversion just as Our Lady of Guadalupe was and is to this day an enduring sign of union, peace, and conversion to all those who contemplate her.

The image of Our Lady of Guadalupe is also a lesson, a graphic representation of the Gospel for the people of the Americas. The events surrounding the apparitions are also a lesson because the collapse of the Aztec Empire is a perfect parable of how the present global civilization will come to an end. If you allow me a bit of shameless self promotion, my book In Guadalupe: A River of Light presents to the reader the Aztec world as it was before the Conquest, after the conquest, and how it was transformed by the extraordinary events fo Tepeyac in 1531. Those events can be described very succinctly as follows:

When the Signum Magnum moves millions to repentance and conversion just like the sign of Jonah moved the great city of Nineveh to repent and convert, we will have a huge education project thrown into our laps. Each and every one of us will have to be a teacher and guiding example for those coming into the flock. Only God knows the time and the number of people that will come into the Church in this new Pentecost. If St John’s account of the great catch of fish is any indication — as I believe it is — we better get our nets strengthened because we will have a whole world of things to do.

Our Lady of Guadalupe, pray for us, teach us how to be like your Son. Amen.

One thought on “Exempla trahunt”