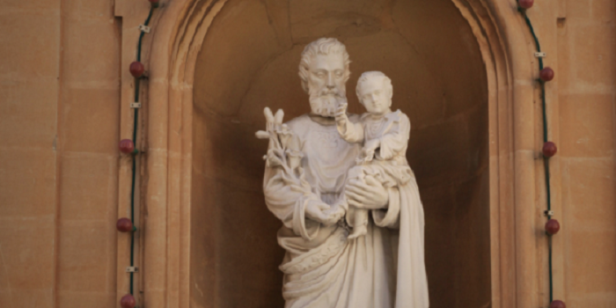 When all the land of Egypt was famished, the people cried to Pharaoh for bread. Pharaoh said to all the Egyptians, ‘Go to Joseph; what he says to you, do.’ (Genesis 41:55)

We all know the story of Joseph the favorite son of Jacob the patriarch of Israel. Among the early Fathers of the Church, Joseph the son of Jacob was considered a prophetic type of Joseph, the chaste husband of Mary and the putative father of Jesus.

It is often said “de Maria nunquam satis” — we can never know enough about Mary — and the same thing can be said about Saint Joseph, one of the two human beings that had the immense privilege to welcome the Incarnate Word into this world. Among all the saints, St. Joseph enjoys the highest post right below Our Blessed Mother in honor and glory.

To Saint Joseph was trusted the incipient Church: Mary the Mother of God, and the Child Jesus. In that model, Mary represents all the faithful in union with Jesus. This early Church, the mustard seed of the Church universal was trusted to one man: Joseph.

Often we rightly praise the man who trusts in God. How much more should we praise the man to whom God trusted His most precious treasures. There is Joseph, a man not free from the bondage to original sin and yet, a chaste husband, a fearless guardian, a worker of integrity, a man of such generosity that gave everything he had to God and enjoyed a personal bond of trust with his Creator. Every Catholic man alive today should meditate in the wondrous sacrifices of that man. What a man to imitate!

When he summoned famine against the land,
and broke every staff of bread,
he had sent a man ahead of them,
Joseph, who was sold as a slave.
His feet were hurt with fetters,
his neck was put in a collar of iron;
until what he had said came to pass,
the word of the Lord kept testing him.
The king sent and released him;
the ruler of the peoples set him free.
He made him lord of his house,
and ruler of all his possessions,
to instruct his officials at his pleasure,
and to teach his elders wisdom. (Psalm 105: 16-22)

Joseph the son of Jacob arrived in Egypt as a slave. Soon he was unjustly tempted by the wife of his master Potiphar. Joseph was falsely accused of sinning against chastity and sent to prison. In fetters he received revelations from God in the form of dreams.

His brothers sold him into slavery because of his dreams but now in jail, those dreams of Joseph liberated him and miraculously caught the attention of Pharaoh who made him ruler of all the land.  In time, Joseph the son of Jacob would save his whole family from extinction, 77 souls who were the completeness of Israel came into Egypt while the whole world starved.

We know now that Israel was a prophetic model of the Church. Joseph the son of Jacob was a protector and provider for those who were the seed of the future nation of Israel. Many centuries later, Saint Joseph did the same when he took Mary and Jesus to Egypt to save them from the murderous designs of Herod. In saving them, he saved all of us. He was warned of the impending killing of the innocents in a dream.

The Fathers of the Church recognized in Saint Joseph the full realization of the prophetic model set by Joseph the son of Jacob. They correctly inferred the great dignity that Saint Joseph now has in the heavenly court of God. That has been demonstrated to me personally in manifold ways I must say. I am in debt to good Saint Joseph for many graces obtained over the years. I am quite sure the ones I remember are less in number than the total of favors he graciously bestowed on me.

Now the Church is going through a crisis that greatly resembles the famines of Egypt in Joseph’s time: the family of God on Earth has been denied spiritual food for too long. Additionally, persecution and abortion are multiplying the martyrs worldwide. We are digging for ourselves a deep pit of unchastity that threatens to cut the sacred bonds that unite us to our Creator. We need to call on Saint Joseph and ask him to help us.

Catholic men have to grow in chastity, courage, integrity, and wisdom. Men have to fight resolutely  to defend the Church and the families it contains, our families, our children, our wives. Saint Joseph is the model to follow, not the effeminate leaders, not the unchaste pretenders, not the soft-speaking cowards, not the prevaricators and traitors that dare to replace millennia of truth with fables and spiritual scams. Think about it.

We have the sword of the Word of God, we have the Holy Rosary, we have knees to kneel on, and we have Saint Joseph, terror of demons and heretics, faithful custodian of the universal Church. We have let the enemy prevail for too long. Let us join Saint Joseph and give them battle. They shall not prevail.

“When you are exposed to any trial, be it physical or moral, bodily or spiritual, the best remedy is the thought of Him who is our life, and not think of the one without the thought of the other.” St Padre Pio

Talking about battle … Recently, a dear friend of mine has abruptly left the Church and is now going through a serious emotional crisis. Some of you know about this, most of you don’t. Please pray for this dear friend’s spiritual and emotional recovery. I have reasons to believe some demonic influence is causing these troubles. Please pray for St. Joseph’s intercession, he knows who I am referring to. Masses and prayers for this intention will be greatly appreciated. God bless you all. 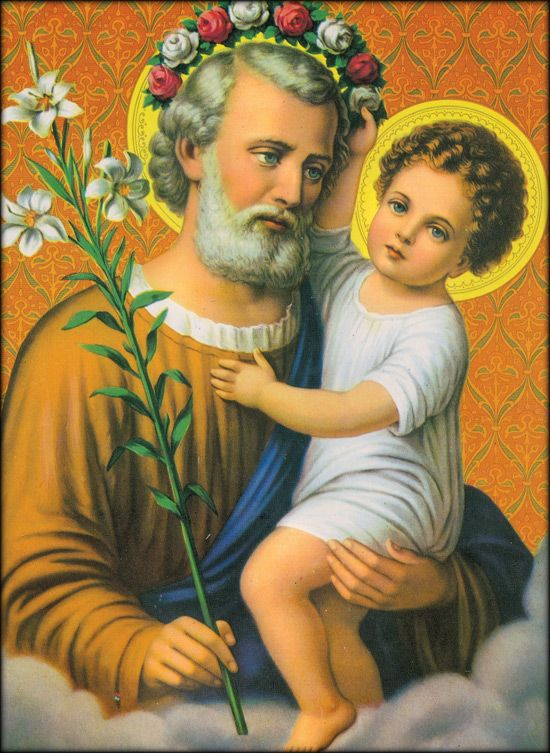 6 thoughts on “Saint Joseph, our protector”