Your eyes are too pure to approve evil, And You can not look on wickedness with favor Why do You look with favor on those who deal treacherously? Why are You silent when the wicked swallow up those more righteous than they? (Habakkuk 1:13)

On the day I write this about 180,000 abortions will be perpetrated around the world, not including the abortive contraception pill and other similar devices chemical and mechanical. Coincidentally that is about the number of victims offered in sacrifice by the Aztecs the day they inaugurated the temple of Tenochtitlan. The killing of innocent people by the Aztecs went on and on for several generations. No one knows for certain how many victims were offered to the  ruler deity of the Aztec pantheon, the demon Huitzilopochtli. The victims were captured during ritual wars, sport-like wars where the vanquished paid with their lives. Those captured were kept imprisoned until the day of their cruel sacrifice arrived.

The priests of Huitzilopochtli were trained in the art of killing by ripping the hearts of their victims still pulsating. They practiced ritual homosexuality and cannibalism, their hair was drenched in human blood, their front teeth sharpened to a point in an attempt to resemble their demon-god.

Their service had one objective: to keep the rain coming, the women and the fields fertile, and their armies victorious in battle. They kept their religion for many centuries, refining the cruel practices until Hernan Cortez came on Good Friday 1519. By the end of 1521, the Aztec Empire was no more. When Our Lady of Guadalupe appeared in Mexico in 1531, the country began to convert to Christianity and the few surviving remnants of the native religion disappeared. 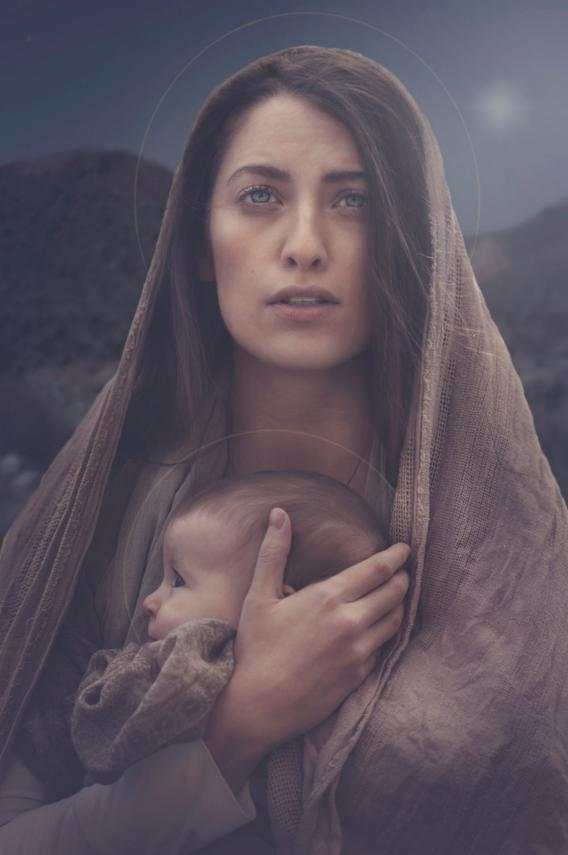 In Matthew 2:16-18 we are told how King Herod ordered the killing of all the babies under two years of age in the area surrounding Bethlehem, located only a few miles south of Jerusalem. He intended to kill the Messiah who was expected to be born in David’s city around that time. Herod tried to prevent the dynasty of David from returning to the throne. He failed in spite of his brutal preemptive strike. The Messiah’s parents fled to Egypt with the baby. The family returned a decade later. Unwittingly, Herod prevented that anyone born in Bethlehem around the prophesied time could falsely claim later to be the Messiah. The Roman general Titus Vespasianus destroyed Herod’s capital city and temple in 70 A.D. By 90 A.D. the Herodian dynasty extinguished and the Romans took over. The Herodians did not last as much as the Aztec Empire. Genocide does not pay in the end.

For behold, they have set an ambush for my life; Fierce men launch an attack against me, Not for my transgression nor for my sin, O Lord, For no guilt of mine, they run and set themselves against me. Arouse Yourself to help me, and see! (Psalm 59:3-4)

I heard an old professor of mine say that “History is the only exact science” since the same sad sequence of events seems to repeat itself with different names in different ages. In the end, nothing is gained by all the battling and killing. On the contrary, the number of the killed appear to be inversely proportional to the duration of the killers in power. In modern times, Hitler and Stalin only lasted a few decades before dying and collecting their prize: universal execration.

God eventually brings punishment on the wicked. The bloody rulers of this global Sodom should take the prophet Malachi seriously:

It is hard to miss what has happened to our beloved Catholic Church since 1960. The infiltration of worldly ideas, chiefly Illuminism, Marxism, and various forms of the so-called Sexual Revolution advanced steadily in the last five centuries and bloomed in the 1960’s. We were warned of the disaster by various seers and prophets and by Our Lady herself. The refusal by the Roman Curia to follow her instructions regarding the Third Secret of Fatima, and the Consecration of Russia to her Immaculate Heart are glaring examples of either unbelief, or outright rebellion in the upper echelons of the Catholic Church.

As a result of clerical disobedience and the associated sinful conduct, the world at large has experienced a swift decay, increasing the general level of wickedness. Our Blessed Mother has revealed recently that things are as bad as in Sodom and Gomorrah, even worse than the time before Noah’s Flood. When the Church fails, the world fails in spades.

Recently, a friend of mine who has received the gift of divine premonitions, told me “We have gone past a threshold” when I asked her about the Last Full Moon of 2019 that rose on 12/12/2019 at 12:12, US East Coast time. Some have observed that Last Full Moon comes 6,666 days after the destruction of the World Trade Center on 9/11/2001.

At the same time, comet Borisov is passing by our solar system. It is the first comet ever detected coming from a galaxy not our own.  Its closest approximation to our Sun happened on December 8, 2019 –during the feast of the Immaculate Conception— and it will be the closest to our planet Earth on December 28, 2019 –when the Church remembers the Holy Innocents.  It seems to me that is a significant coincidence, perhaps a warning similar to the celestial warnings that both the Aztecs and king Herod himself received in ancient times.

Who should be paying attention to such warnings? First and foremost, the hierarchy of the Catholic Church. Many are not going to be happy with me for quoting this but I quote it not in anger (as some do) but in the hope that we mend our ways to save ourselves by repenting like the Ninevites of Jonah’s time. I believe this scripture is talking directly to us at this time:

“Pay her back even as she has paid, and give back to her double according to her deeds; in the cup which she has mixed, mix twice as much for her. To the degree that she glorified herself and lived sensuously, to the same degree give her torment and mourning; for she says in her heart, ‘I sit as a queen and I am not a widow, and will never see mourning.’ (Revelation 18:6-7)

Is this “the cup” that Our Blessed Mother mentioned several times since her apparition at Fatima? I do not know but it is certainly a cup filled to the rim with sinful actions by those who should be striving to live pure lives before God. That is us, the Church, the salt of the world.

You are the salt of the earth. But if the salt lose its savour, wherewith shall it be salted? It is good for nothing any more but to be cast out, and to be trodden on by men. (Matthew 5:13, Douay-Rheims)

Those are the most terrifying words of Jesus, in my opinion. He seems to point at the Church of the end times when “Modernism will be the religion of the Antichrist”  and “the Church will fornicate with the powers of the world” according to the late Fr. Leonardo Castellani, a true prophet of our times and a saintly man.

Innocents will continue to be slaughtered for some time, the cadre of destroyers active inside the Church will continue their destructive actions. Patience and endurance are required of us at a time when some of us cannot take any more “synodal walking” or any more “change” … God help us!

A time will come soon when “you will only have the Rosary and the Sign of my Son” –to use the words of Our Blessed Mother– That is indeed a very short list. All the rest will go. In a sort of perverse reversal of the miracle at the inn of Emmaus, even the Consecrated Bread will disappear: a veritable prelude to the Second Coming of Our Lord. If the Consecrated Bread disappears, Jesus must come back. There will not be a world without Him.

Those are not very encouraging news but remember that, through these awful times, God is purifying the world. There is a prophetic hint to the renewal of the world in the restoration of Job, a just man who was unjustly oppressed by the devil.

The Lord restored the fortunes of Job when he prayed for his friends, and the Lord increased all that Job had twofold. Then all his brothers and all his sisters and all who had known him before came to him, and they ate bread with him in his house; and they consoled him and comforted him for all the adversities that the Lord had brought on him. And each one gave him one piece of money, and each a ring of gold. The Lord blessed the latter days of Job more than his beginning; and he had 14,000 sheep and 6,000 camels and 1,000 yoke of oxen and 1,000 jennets. (Job 42:10-12)

Prepare for the trials to come by looking into the Promised Land: a renewed world is ahead of us. Do not despair no matter what.

He [God] will wipe every tear from their eyes. Death will be no more; mourning and crying and pain will be no more, for the first things have passed away.’ And He that sat on the throne, said: “Behold, I make all things new.” And he said to me: “Write, for these words are most faithful and true.” (Revelation 21:4-5)

The innocent will know the joy of living in a perfect world. If we persevere, we will see it. 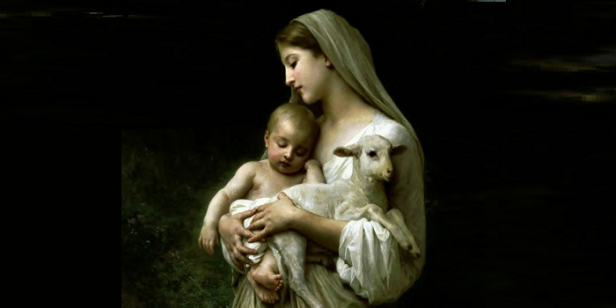 7 thoughts on “The avenger of the innocent”