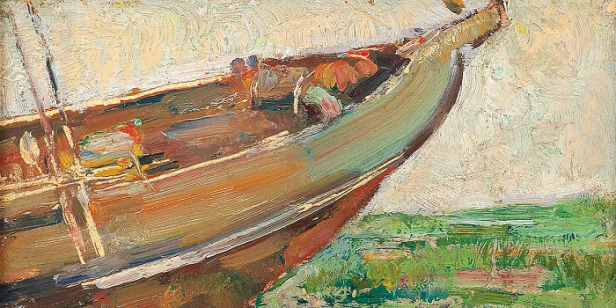 Most of us agree at this point that we are living in a momentous time in history. Decisions taken today will ripple through the next century, perhaps longer. And yet in many ways, we are shooting in the dark. Corruption has always played a role in human history, some great protagonists began their career as heroes and allowed themselves to be corrupted. Some like Benedict Arnold, saw the arrow of history pointing in a certain direction and guessed wrong. Others like Themistocles got the job done and then interpreted the situation very pragmatically and decided to skip town after saving the country because they knew their fickle countrymen and the risk they represented.

But modern corruption is even more demonic than classic corruption. If we replace every corrupt person in government, business, academia, and public life we can expect to replace them by less corrupted people but we cannot hope for the standards of decency and reliability of ages past. Some say we must reform the systems of governance and control but I know that any chain is as strong as its weakest link. If we don’t have many honest men to run the system corruption will eventually gain someone over. We have seen that happen over and over through history.

I was thinking of that when the image of Jesus standing at the beach of Lake Gennesaret came to my mind. The Christ, the life of the promised Messiah had been travelling history concealed inside Israel. The people of Israel knew that his ancestors were among them. By the time they knew that he was going to come from the tribe of Judah, every Jewish girl of marrying age hoped to have the honor of being the mother of the Messiah. Silently moving from generation to generation, the Seed of the Woman promised in Genesis 3:15 was there but no one knew exactly in what family.

When the angel appeared before Mary of Nazareth and told her that she was going to be the Blessed One, the mystery was over but few knew. The child grew up just like any other child and one day the time came for him to be manifested to the nation and the world. In him there was a Kingdom. Just like a a tiny seed can contain in itself the largest tree, the Kingdom was concealed in Jesus, the humble carpenter of Nazareth.

Now he had performed a few miracles, he had spoken to a few who were astonished by his wisdom but it was time to roll out the Kingdom. The King needed ministers. The ministers had to come from a race corrupted by sin. He planned to make them kings and priests with him but the nation had a long record of infidelity. The men available to the Messiah were living in deep darkness. What kind of system would have to be implemented to keep them focused in their mission to pull mankind away from sin? They were all plagued by sinful tendencies themselves!

Everything that Jesus did has to be observed carefully. How did Christ act to solve the problem of human corruption?

As he approaches the lake, a group of people recognize him as the new rabbi they’ve heard many times speak at the synagogue. He is talking to them next to the place where Simon Bar Yohanan and his men arrived ashore with empty nets after spending all night  looking for the elusive schools of fish. The two men are about to meet and after that encounter, nothing is going to be the same.

One day as Jesus was standing by the Lake of Gennesaret, the people were crowding around him and listening to the word of God. He saw at the water’s edge two boats, left there by the fishermen, who were washing their nets. He got into one of the boats, the one belonging to Simon, and asked him to put out a little from shore. Then he sat down and taught the people from the boat.

When he had finished speaking, he said to Simon, “Put out into deep water, and let down the nets for a catch.”

Simon answered, “Master, we’ve worked hard all night and haven’t caught anything. But because you say so, I will let down the nets.”

When they had done so, they caught such a large number of fish that their nets began to break. So they signaled their partners in the other boat to come and help them, and they came and filled both boats so full that they began to sink.

When Simon Peter saw this, he fell at Jesus’ knees and said, “Go away from me, Lord; I am a sinful man!” For he and all his companions were astonished at the catch of fish they had taken, and so were James and John, the sons of Zebedee, Simon’s partners.

Then Jesus said to Simon, “Don’t be afraid; from now on you will fish for people.” So they pulled their boats up on shore, left everything and followed him.

Continues on The First Great Catch of Fish

The Cycle of Peter

2 thoughts on “Made anew”